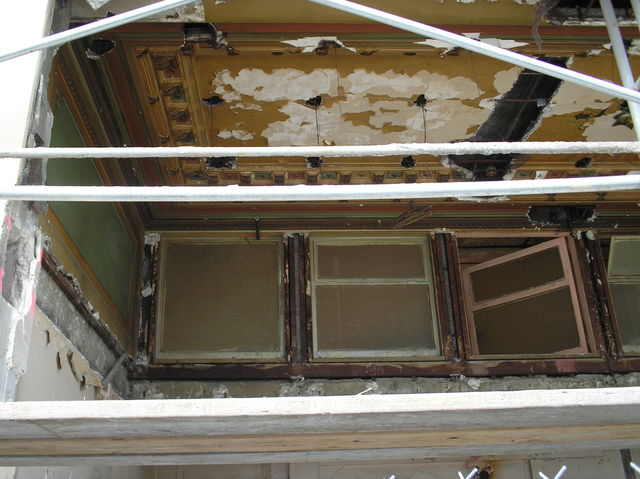 This is the intact upper half of the ticket lobby, which was uncovered during the renovation. It was one of the few interior portions of the theater to survive the late 1940s conversion to production space for the Oakland Tribune. The windows would have provided a view from upstairs offices of the patrons below, entering the theater.