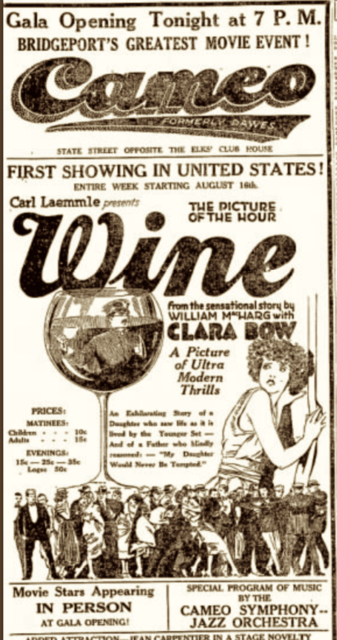 Under its third owner, the Dawe’s Theatre tries again – this time as the Cameo Theatre. It sells out its first two shows but trouble is just ahead. Fortunately, Warner Bros. Circuit takes on the struggling theater and turns it around first as Warner’s Cameo and then as the Warner Theatre.