Fox After the 1989 Earthquake 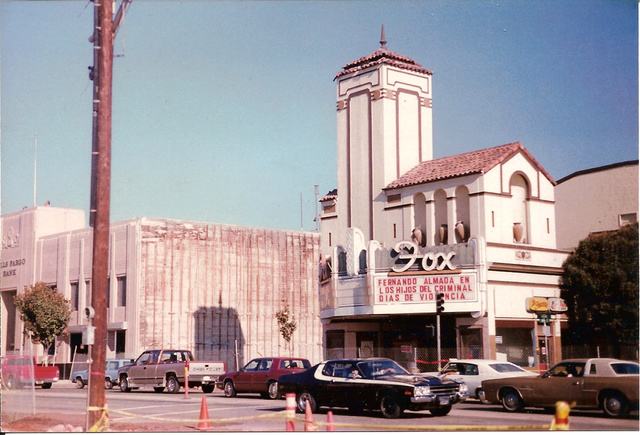 This view shows the Fox standing mostly intact, with the 1930s Wells Fargo Bank building likewise intact. The early 1920s building between them was made of brick, and partially collapsed, necessitating complete demolition. Unfortunately, part of the South wall crashed through the Fox lobby ceiling. Urns in the niches on the Fox facade were tilted by the ‘quake, but did not fall out. Later, they were straightened, and reinforced to prevent such tilting from happening again.