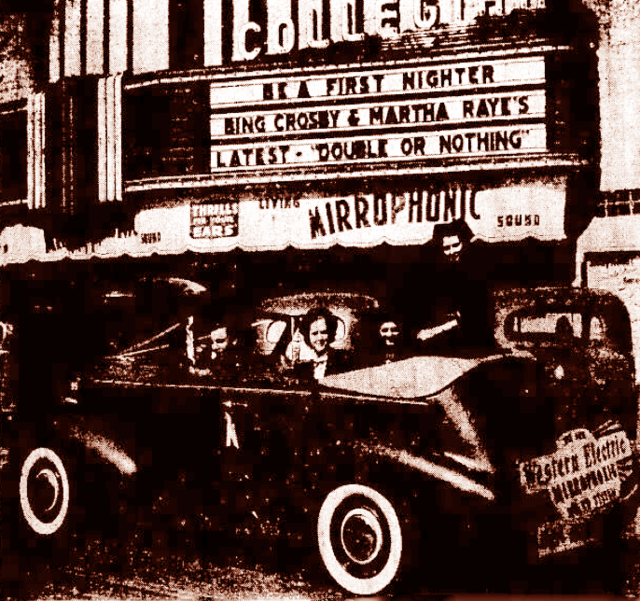 In September of 1937, the Collegian had a grand opening parade in downtown Ames. And in one of the cars was Miss Mirrographic: the woman selected to represent Western Electric’s new sound system that was adopted by the theater as advertised just under the marquee.