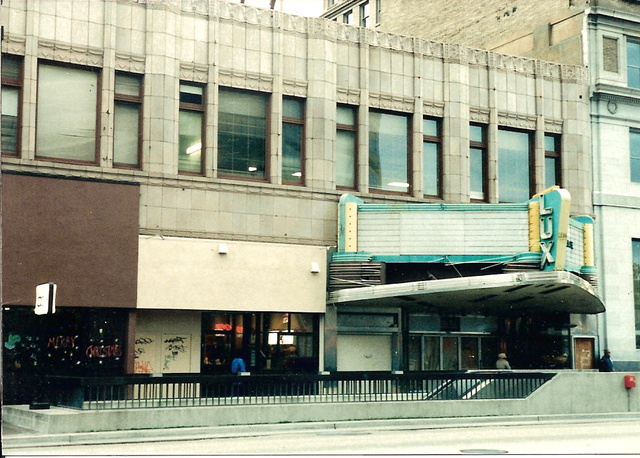 This was taken a few weeks before the marquee was removed. The original intent was to have the marquee be restored and slightly modified for the Goodwill store, but city officials felt that it would look like a remnant of what they felt was “skid row” (their words, in a report in the Oakland Tribune at the time), and so the marquee was removed and replaced by grey slate, while the theater interior was left largely intact, structurally.