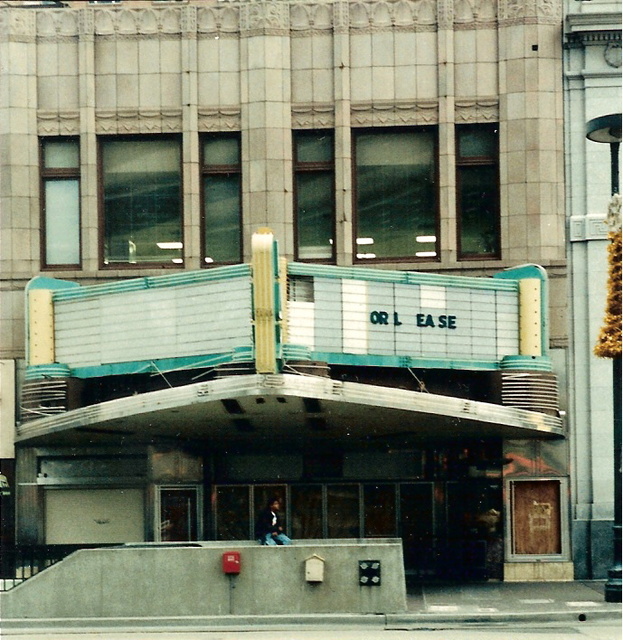 The Lux Theatre opened in 1948. This small downtown Oakland theater was one of many that slowly disappeared from the scene (it was one of the last to do so). This was a particularly stylish if somewhat seedy cinema. The Lux was last used (as a theater) for Chinese movies. It is now a branch of Goodwill.

I loved the Lux in the late 1950’s and early 1960’s. It was an exceptionally clean and well managed second run house. Continuous showings of recent double features starting at 10:00 am with a nightly Spino game. A speaker was mounted outside so you could hear the movie soundtrack as you browsed the posters. Nice concession stand and as several people pointed out, the hot dogs were great! I would take the Key System bus from Richmond just to catch a double feature at the Lux. I think the last movie I saw there was “The Wild Bunch”. When they went to kung fu and other exploitation fare, I lost interest and heard in the final days the audiences were as rough as the movies on the screen. Every time I’m in downtown Oakland I stroll into the Goodwill store and look up at the portholes in the old projection room (now a storage area or office) and remember those pleasant days at the Lux.

An ad in the Oakland Tribune on 11/24/52 puts the theater at Broadway and 15th, which is a bit at odds with the address listed above. The phone number was TW3-3786. The feature on that day was “He Walked by Night”.

Here is a 1950 ad from the Oakland Tribune:
http://tinyurl.com/yp4vhg

Here is a September 1960 ad from the same paper:
http://tinyurl.com/4b5fom

The Lux Theater was between 12th and 13th streets on Broadway. Not 15th. It was relatively new theater and had a unique feature where the seats slide fore and aft about 12 inches so that you can let people squeeze by in front of you without having to stand up. I remember seeing West Point with James Cagney there.

Here is a November 1955 ad from the Tribune:
http://tinyurl.com/n9w7ly

Around 1980 I visited the Lux. It was very clean, well kept, and still had a classy 1940s look. The auditorium was packed. I watched an entertaining horror flick that took place in a carnival fun house, but didn’t stay for the second feature because the tempature was too warm and stuffy.

saw Enter the Dragon about 10 times there when it came out!. How about “pizza pups” Does anyone remember those? A hot dog wrapped in a slice of cheese pizza then popped in a toaster over for a couple of minutes. Put a bit of mustard on when they were done and you talk about heaven! I still remember what the lady who worked the concession stand looked like. She was there for years and years.

To bad the current people that have this old theatre took down the nice neon marquee. You can still go in and see It was a great little cinema in the 50 and 60’s.