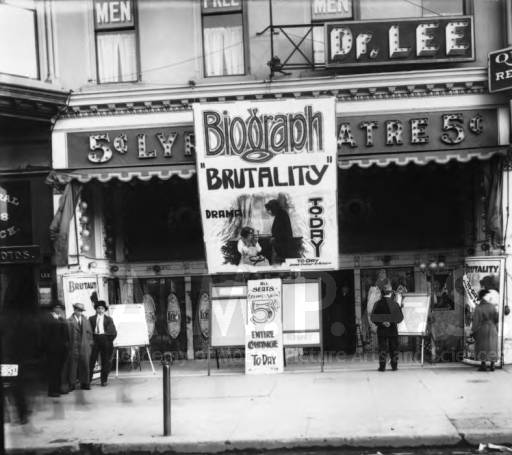 This theater was one more between many, lining Broadway in Oakland at the beginning of the 20th Century. In the 1914-1915 edition of American Motion picture Directory it is listed at 1064 Broadway. It was located across from the Broadway Theater (1121 Broadway) and next to the Regent Theater (1116 Broadway).

The Lyric Theater had closed by 1926.