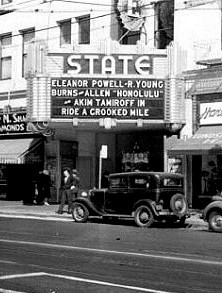 The MacDonough Theatre opened in November 14, 1892 as a playhouse; the architects were Mooser & Cuthberson. For many years it was considered THE theater to go to in Oakland. It was equipped with a Wurlitzer 2 manual 7 ranks organ, which was removed in 1931 to be installed in the new Fox Theatre, Tucson, AZ.

The Fox State Theatre closed in 1945 and was demolished in 1956 for an office and bank building.

The Fox State’s address was 1320 Broadway.

The 2 manual 7 rank Wurlitzer organ was removed to the new Fox Theatre in Tucson circa 1931. 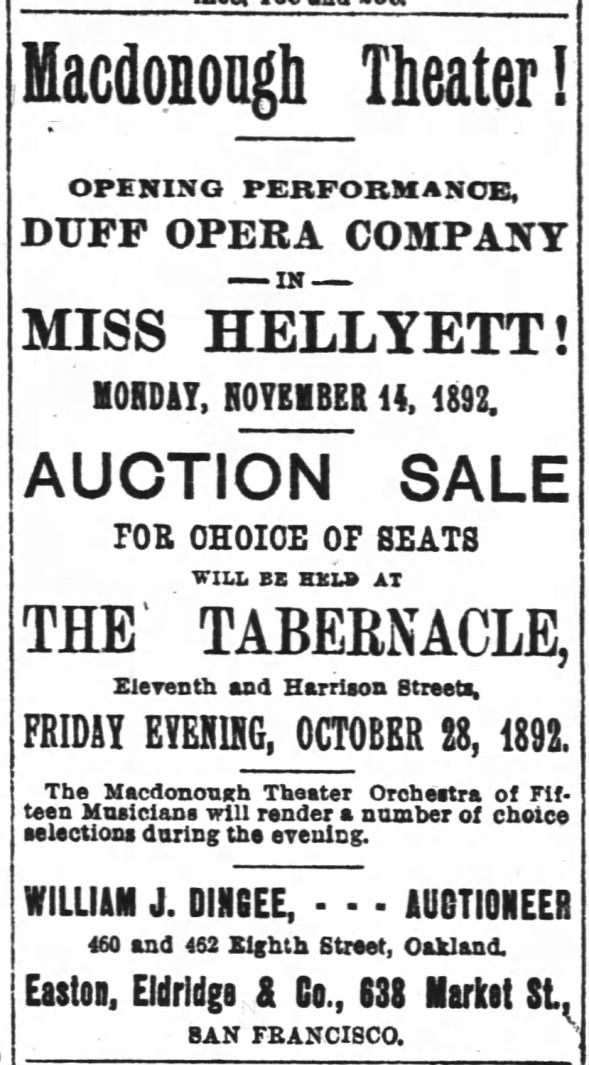