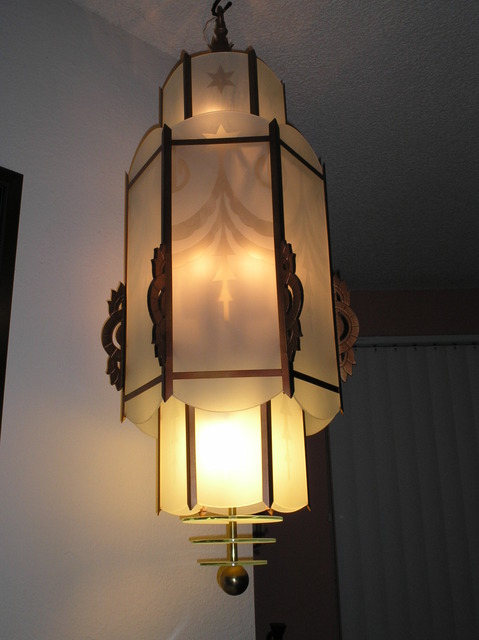 This is the central chandelier of three identical fixtures which hung on the Mezzanine of the Midtown. It was removed from the theater along with numerous other fixtures and decorative features a week before the gutting in 1998. It is shown here after restoration. I produced new etched glass for it, following precisely the original patterns on fragments of glass which remained. It received all new wiring and new paint. The brass ball at the bottom is new, as the original was missing.