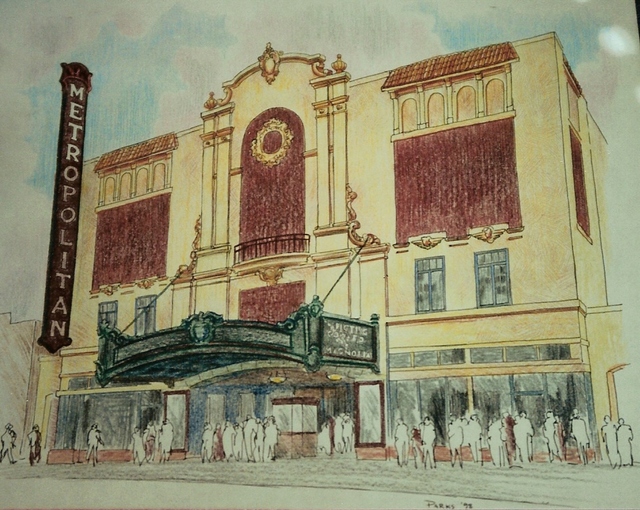 Drawing I created in 1998 for the renovation of the Metro. This shows the theater as it appeared in 1924, when it opened as the Metropolitan. I used several sources to construct this drawing: A grainy, 1924 newspaper photograph of the whole facade, from which I got the design of the vertical sign, original marquee, missing facade ornament, and locations of dark contrasting paint; a very clear 1940s black and white photo of the whole facade, from which I got details of ornament extant then but now vanished; and personal on-site observation for the details of the entrance, as well as wall colors revealed during the building’s renovation. This drawing was displayed for several years–along with historic photos and select artifacts discovered during the renovation–in a large display window to the Left of the ticket window.