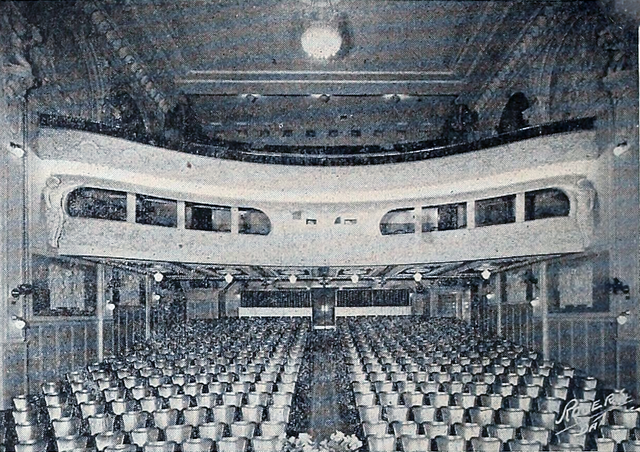 E.H. Hulsey had renewed the Queen for a second five-year lease in August 1917 but a major fire on Sept. 27, 1917 caused renovations. Here in early 1918 is the Queen back on her throne on Dallas' Theater Row as one of the Big Four in early Dallas' film exhibition.