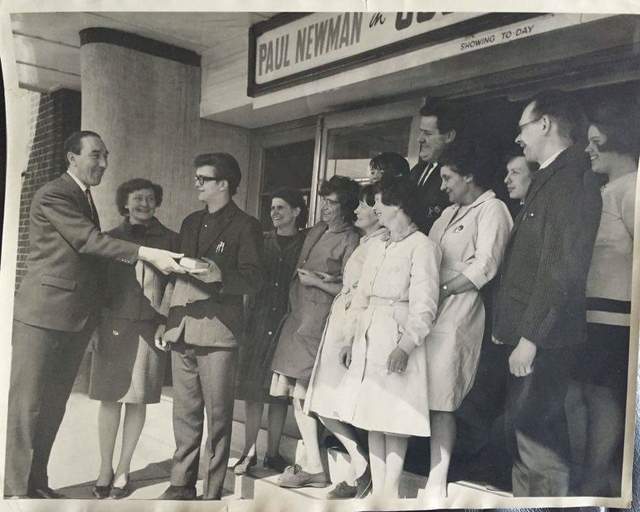 Manager, Walter Aylen is on the left making a presentation to Assistant Manager, Ken Close as he transferred to another Rank Theatre in the mid 1960’s. Walter was a seasoned Rank Manager who started at the Palace Sunderland (a Gaumont theatre) in the 1930’s. I knew Ken as Manager of the Odeon Halifax when I used to take over as Relief Manager at the ABC in the same town in the mid 1970’s where we had some good times. I heard from Ken recently and he is still alive and well and living in Halifax.

I think that the main feature is ‘Cool Hand Luke’ (Paul Newman) which would date the photo to 1967.

bloke in glasses being presented to is alan smith from shildonw who was a projectionist before turning to management. he tragically died in 1972