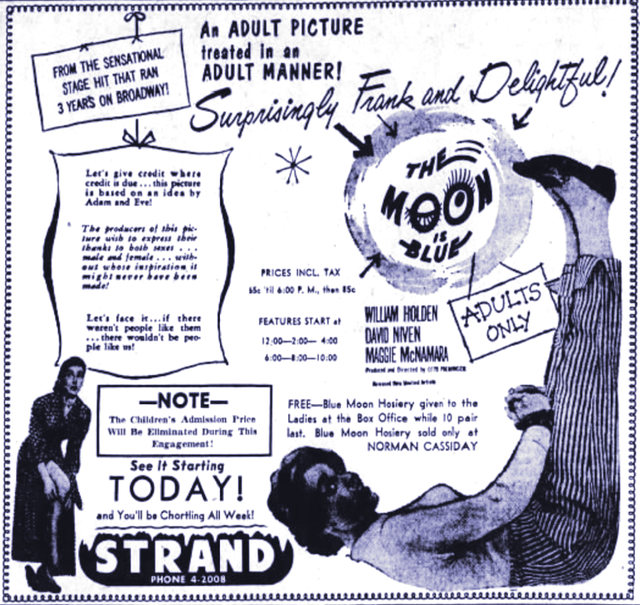 The last major film to play the Strand was the controversial, “Moon is Blue” in the Fall of 1953. But in the same issue was an ad for Frankel’s that said it was taking over the Strand and would convert the space for retail use. It would close the Strand in 1953 and relaunch as Frankels in 1954.