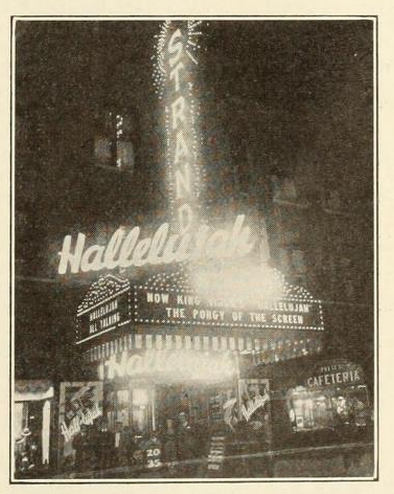 Built on the site of the Bijou Theatre which became the Nickeldom in 1906 and the Unique Theatre in 1908. The Strand Theatre was built in 1920 and opened February 1, 1921 with Agnes Ayers in “Forbidden Fruit”. It was equipped with a 3 manual Moller organ.

The Strand Theatre was closed in the fall of 1953 and was converted into Frankel’s store.

The Strand was formerly called the Nickeldom and the Unique. There is a photo of the Unique Theater on this blog:
http://tinyurl.com/2zn4nk

A.H. Blank had recently opened the Strand at Des Moines, according to the March 1, 1921, issue of The Film Daily.

A notice that J. A. Getchell and B. F. Elbert had leased the Bijou Theatre, a vaudeville house, from Fred Buchanan and would remodel and reopen it as a movie house called the Nickeldom appeared in the May 1, 1906, issue of The Des Moines Register.

A reminiscence by Mr. Adrian D. Sharpe in the September-October issue of Bandwagon, the journal of the Circus Historical Society, recalls that in Des Moines, in October, 1905, he met “…Mr. Buchanan, who operated the Bijou Theatre, a small store room picture house playing some vaudeville….”

The Lost Cinemas of Greater Des Moines web site (kencmcintyre’s link of July 9, 2007) says that the house was renamed the Unique Theatre in 1908.

The Bijou/Nickeldom/Unique was torn down. This Strand entry should begin on February 1, 1921 and end in late Fall 1953 when the theatre is sold to Frankel’s which converts the theater to a retail store. The theatre building was architected by Proudfoot, Bird, and Rowan. The first Strand was at 415 Eighth Street and has no entry at present. And the Bijou/Nickeldom/Unique can be found under Nickeldom. The first Bijou is under its own name. 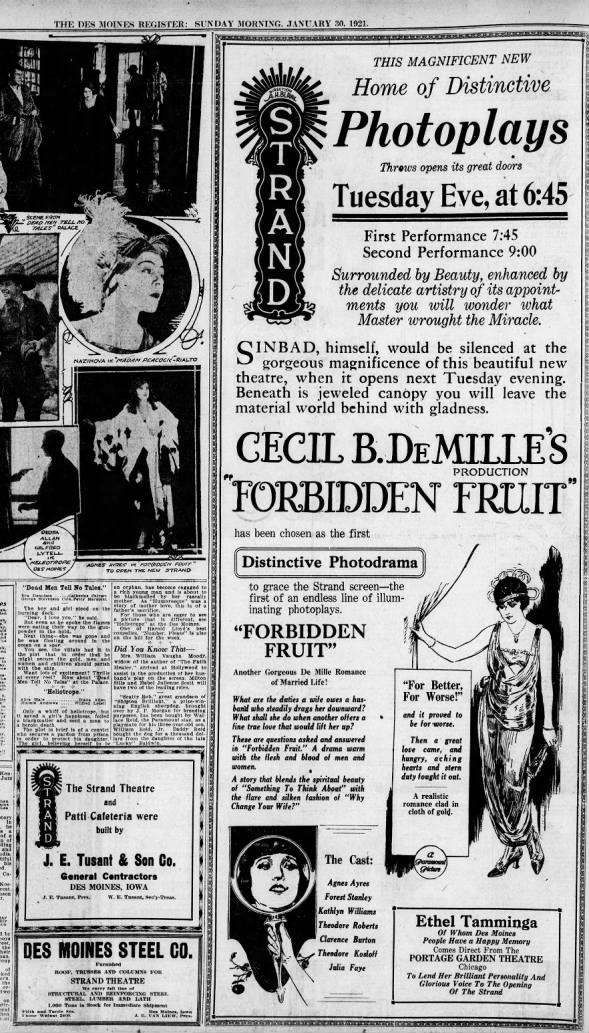