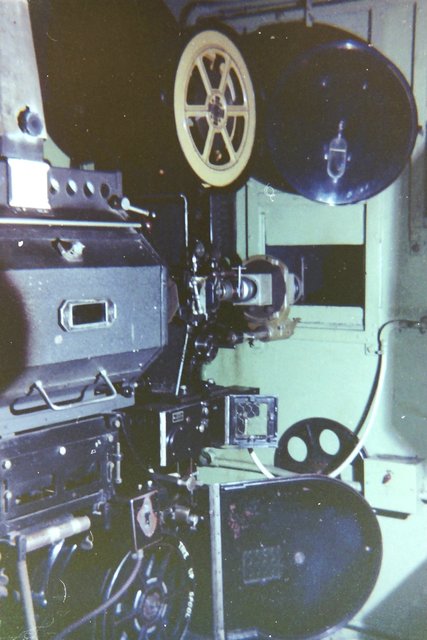 Plaza, Fenton, projection room, Friday, August 20th, 1971, showing number one machine. This photo, as with the previous one, was taken with my Ilford Sprite 127 camera, this time in colour and, as it had no flash attachment, once more I struck up the carbon arc on number two machine and opened the arc door to provide enough light to take the photo by. The machines were Kalee 8’s and the arcs were made by LumArc. In January, 1972, these were replaced by Peerless Magnarcs and the mechanisms were replaced by Kalee 12’s in May, 1972. The film in the spool in the top spool box is the four minute CinemaScope trailer for “Oliver!”