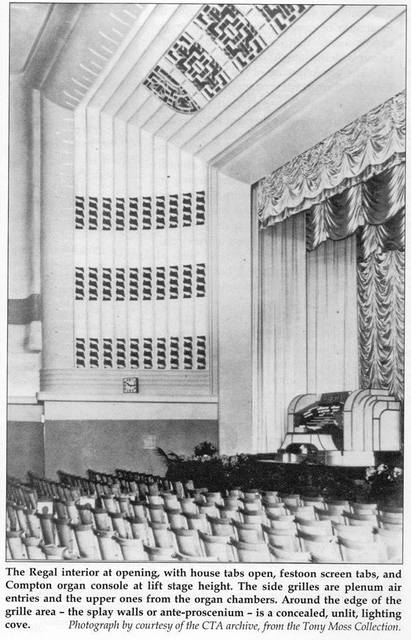 From a ‘Memories of York’ article which accompanies the front stalls photo:-

“The Regal (ABC) was the most luxurious cinema in York in its day. To go in there and to go up into the Circle was a real treat which I couldn’t afford until I was grown up. The Compton organ used to play between the films, when they also sold ice-cream, and the lights within the organ used to change colours as the organist was playing. It was magical! Now we have the Vue Multiplex cinemas which is liking watching films in a garage!”

Hmm At Terry. You are being generous with your description of the Vue.. I would have said and NCP Car Park.