The Regent ablaze in lights 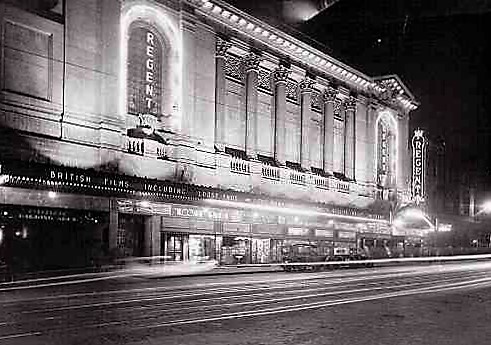 George Street night view by Sam Hood. Two British productions “Loose Ends” plus a now ’lost’ short feature “Two Many Crooks” - with Lawrence Olivier in an early film role - are the attractions, which ran a fixed one week season at the Regent from 24th January 1931. A vertical ‘Regent’ sign can be seen at the northern end. It was upgraded a few years later to a larger neon located mid-building.