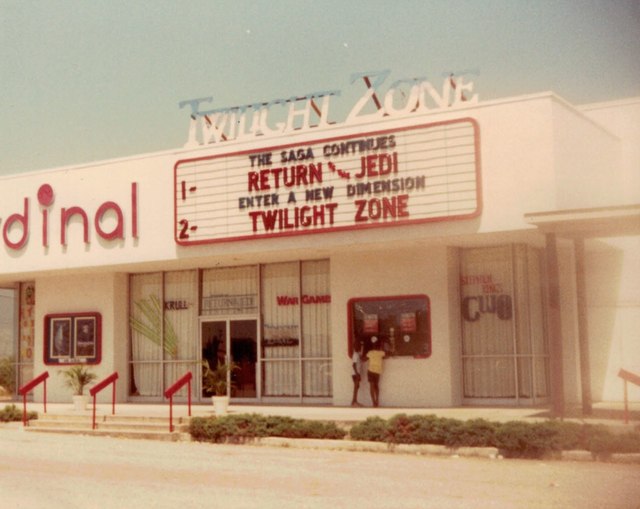 This photo dates to late June 1983. Return of the Jedi had been playing a few weeks while The Twilight Zone opened on June 24, 1983. Lobby windows (painted by theatre staff) advertise upcoming movies, Krull, Cujo, and War Games. Far left painted corner window advertises the Summer Kid shows that played weekday mornings at 10:00am. Twilight Zone sign on the roof was homemade using jigsaw cut plywood. The “T” and “Z” measure 4 feet tall. Hundreds of tiny holes were drilled in the sign and clear Christmas tree lights were inserted. At night the sign was illuminated by these lights.