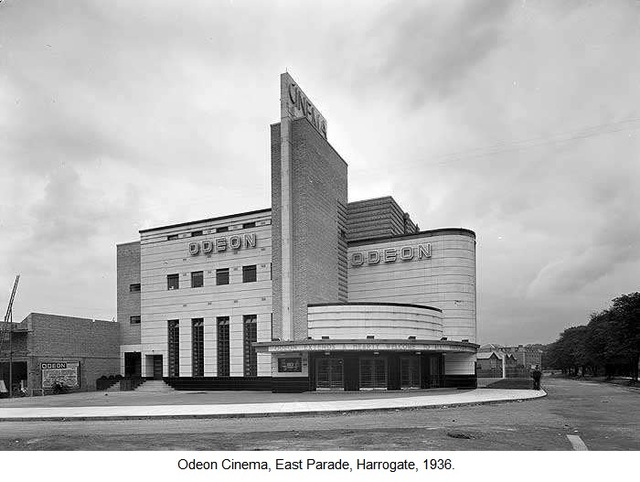 The higher of the two ODEON neon signs had a very short life, being removed in 1939/40 to obviate the danger of broken glass falling onto the ground below. Similarly, the York Odeon’s neon signs on either side of the tower top were dismantled around the same time and none of the three signs were ever reinstated/replicated. During the first decade of 20c. a new style ODEON sign – silver faced with white outline and blue halo – finally appeared where the higher of the old signs is shown here at Harrogate. At the same time, a larger version of the new style sign was erected on the canopy edge replacing the lower of the 1936 signs seen here.

The York Odeon building now has a sign atop its tower on the “country” side but it now reads EVERYMAN in white LED strips.