1936 - Claudette Colbert - She Married Her Boss 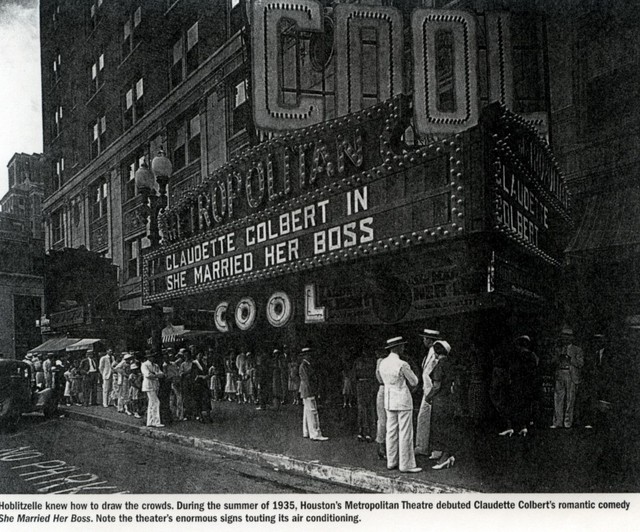 Karl Hobitzelle’s Interstate Theatres took over the Metropolitan from Publix Theaters. Not sure why, but Interstate had a 100 year lease on the building owned by Jesse Jones, who lived in the penthouse of the Lamer Hotel.

Douglas Gomery’s article, “U.S. Film Exhibition: The Formation of a Big Business,” describes the business model for early film exhibition strategies. During the 1920s, “the chain store emerged as the dominant mode for mass marketing goods and services” (Gomery, 1985, p. 219) in lieu of the smaller, independent, business stores. With the chain store business model as a standard, motion picture theater chains began to be established across the nation at regional levels. These regions would normally be centered near large metropolitan areas.

The Loews State Theatre was right next door.