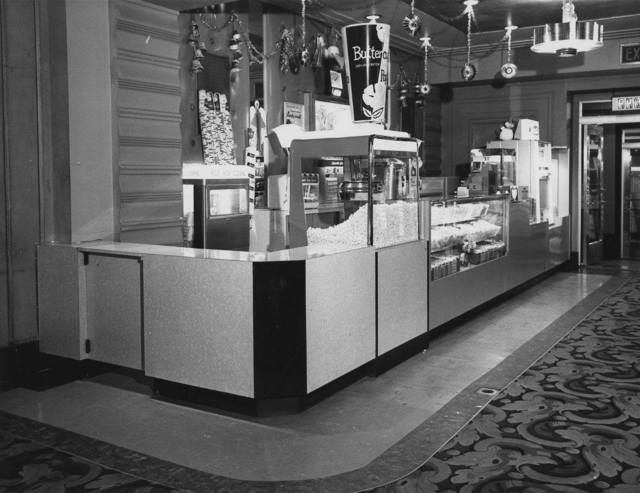 Anyone for hot buttered popcorn or a Meadow Gold frosty malt?

The RKO was the place to be if you wanted to see the Floyd Patterson vs. Ingemar Johansson III heavyweight fight on March 13, 1961. Although the audio was broadcast live on ABC radio, anyone hoping to view the match was forced to pay an admission to see it on one of the 207 closed circuit television locations. Patterson won by knockout in round 6 of a scheduled 15.