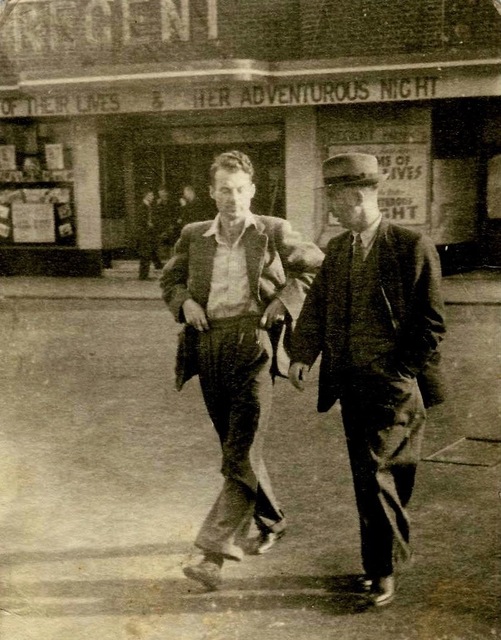 This is my father and his brother leaving a double bill showing at the Regent Cinema, Newtownards, Northern Ireland. The films were Abbott and Costello in “The Time of Their Lives” and “Her Adventurous Night” starring Dennis O'Keefe and Helen Walker. Both were released in 1946.