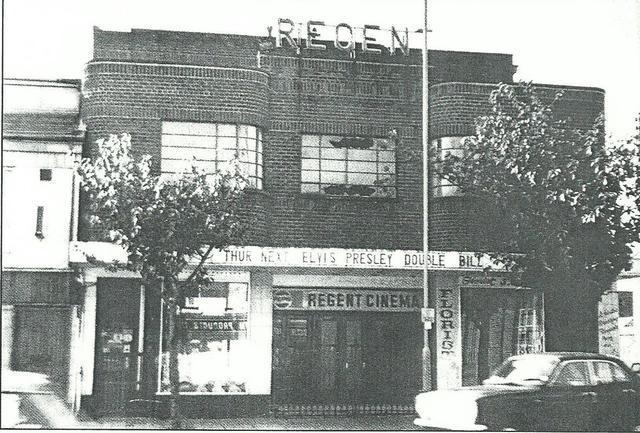 In Newtownards, County Down, the Regent Cinema is listed in the 1944 Kine Year Book as being operated by Solar Cinemas Ltd. of Belfast. By 1966 it was still under the same owners and had been equipped with a 34ft wide screen in the 40ft wide proscenium. Gutted by fire in 1977, the Regent Cinema was eventually demolished.

The Regent was opened on Christmas Eve 1938 by Solar Cinemas Ltd of Belfast. It was a new building designed by architect T. R. Eagar; the first manager was Harris Percy. The building was destroyed in an incendiary bomb attack on Sunday 9 October 1977; the final films shown were screened the day before. See also entry on Cinema Treasures for Ritz Cinema, Newtownards, which in its final years was also owned by Solar Cinemas Ltd.