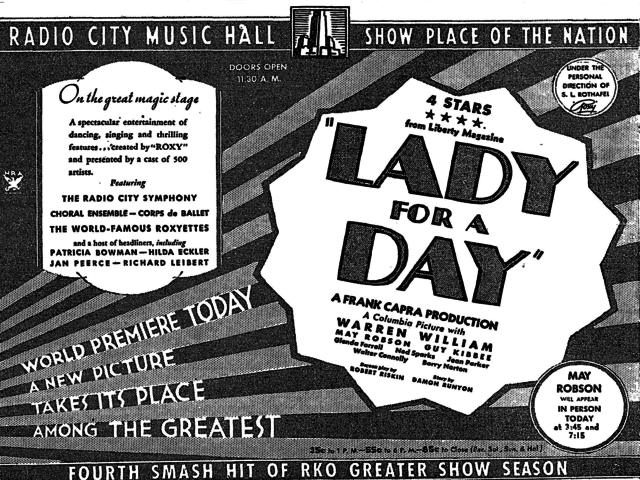 Remade by Frank Capra in 1961 as"Pocket Full of Miracles" with Betty Davis and Glen Ford.

Robson certainly deserved the actress for this. One of the truly great performances in an American film. Robson plays the old lady without vanity or sentimentality. Hepburn might have won it, I don’t remember, simply because she was such a novelty and nobody had ever been seen like her before. And yes I think she became a great actress.