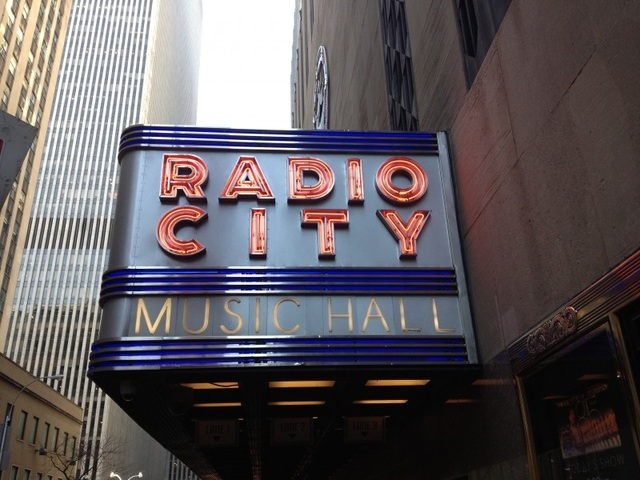 One of the greatest Art Deco style structures ever built, Radio City Music Hall is one of the most well known landmarks of New York City. Opened on December 27, 1932, with a variety show, it screened its first film Barbara Stanwyck in “The Bitter Tea of General Yen” on January 11, 1933. The proscenium is 100 feet wide, the stage 66 feet deep. It was equipped with a Wurlitzer organ, which has twin 4 manual consoles and 58 ranks. The organ was opened by organists Dick Leibert and Dr. C.A.J. Parmentier.

Showing a mixture of movies and stage shows in the program for 45 years, the format was ended on April 25, 1979 with Kathleen Quinlan in “The Promise”. Thereafter the programming changed to concerts, stage shows and special events.

Reborn after a $70 million renovation in 1999, Radio City has been restored to all of its original opulence.

And so will the lights on Broadway!!!

The one thing I do know for sure is there will not be anything at the Hall until at least July 2021. Most departments were contacted a few weeks ago that they will be coming in one day to pack away equipment until next July.

How about sound system and projection and lighting ?

Sound system, projection and lighting? What about it?

how about the carpet? Does it match the drapes?

it’s actually up to the moderators to decide what’s valid and not.

I once said that Sunflower was the only film that was dubbed into english to have played at the Hall. I may be wrong. It seems that The Brain which was the ‘69 Thanksgiving film was filmed in french and dubbed into english except for Niven who I assume spoke in english throughout. Anybody have further details about this?

I will check the files next time I’m in.