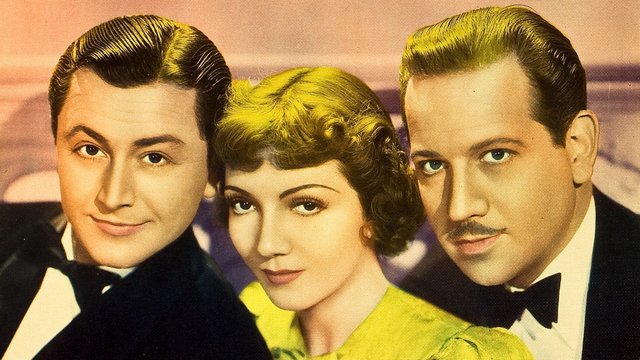 THE PICCADILLY THEATRE OPENING NIGHT - THE WEST AUSTRALIAN NEWSPAPER reported on Thurs March 10, 1938 on Page 19 … THE PICCADILLY THEATRE. Official Opening Tonight. Tonight Perth’s newest cinema, the Piccadilly Theatre, which is situated above the Hay-street end of the Piccadilly Arcade, will be officially opened by the Lieutenant-Governor Sir James Mitchell. The proceeds will go to the Children’s Hospital…The special opening screen entertainment is, “I Met Him in Paris” - I Met Him in Paris is a 1937 film made by Paramount Pictures, directed by Wesley Ruggles, written by Claude Binyon, and starring Claudette Colbert, Melvyn Douglas & Robert Young. (pictured above)

THE WEST AUSTRALIAN NEWSPAPER reported on Thurs March 10, 1938 on Page 19 … THE PICCADILLY THEATRE. Official Opening Tonight. Tonight Perth’s newest cinema, the Piccadilly Theatre, which is situated above the Hay-street end of the Piccadilly Arcade, will be officially opened by the Lieutenant-Governor Sir James Mitchell. The proceeds will go to the Children’s Hospital…The Piccadilly Theatre, which will be operated by the Grand Theatre Co., Ltd. which also controls the Grand, Royal and Princess (Fremantle) Theatres, will adopt the long-run policy which has proved so successful throughout the world for intimate modern theatres of 1,000 seats. First-class pictures, comfort in seating, the latest in sound and artistic treatment throughout, are points of Importance in any picture theatre; the Piccadilly has all these and many other features such as Carrier air-conditioning and a 25-passenger elevator from the arcade to the stalls and circle foyers. An inspection of the theatre conducted by the managing director of the Grand Theatre Co., Ltd. (Mr. James Stiles) took place on Tuesday afternoon and, although there was still 48 hours' work to be done, it was obvious that Perth picturegoers are going to have for their entertainment the last word in picture theatres in the Piccadilly; in fact it brings to mind the old-time phrase of a “picture palace.” The theatre from the entrance to the roof is at once modern, unusual In many ways, and artistic. The striking stairway, the two foyers, and the rooms leading off them and the theatre auditorium are all worth a visit for themselves, to say nothing of the special opening screen entertainment, “I Met Him in Paris” supported by “Turn off the Moon.” – The theatre itself, which has been acoustically treated throughout is in pastel shades or green with attractive lighting panels in the ceiling and the seating is especially comfortable, with plenty of room between the rows of seats. Even more important is the placing of the seats throughout so every patron will have a perfect view of the screen. The foyers are in cream and gold and are luxuriously carpeted, furnished and decorated.. The mirrored stairway is a feature in itself. Most of the materials in the theatre were locally made one of the few imported items being the old gold Crush Plush curtain which came from New York. Mr. Stiles is certain that this will be appreciated by audiences and had a demonstration given on Tuesday of how it looks when spot lights are playing on it. The curtain seemed to come to life under the lights and it Is likely to be one of the highlights of the opening weeks…Greg Lynch –