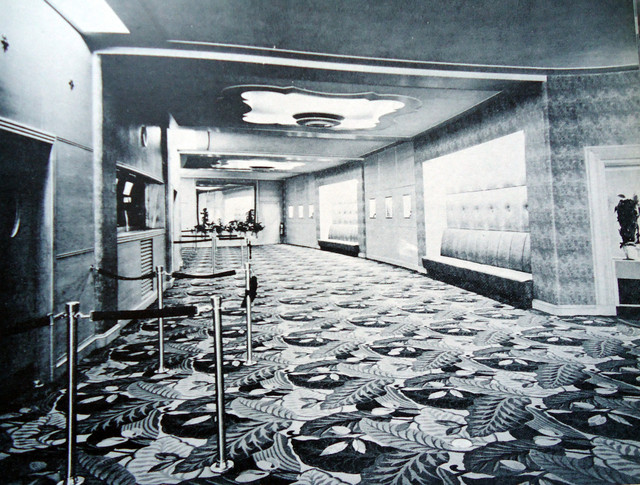 This is the far end of the theatres main lobby. To the left you can see the back wall of the auditorium which included four double doors and three viewing windows, each with a round speaker over it. The built in benches on the right allowed patrons and theatre staff to view and hear the film from the lobby. At the far right you can see the left edge of the original concessions stand. When the theatre was twinned in the early 1970s, the view windows were boarded up and they, along with the panels between them and the doors were painted red. The concessions stand was also boarded up and a door was added to the left side turning it into a storage closet for the ushers. A new concessions island was built in the center of the near lobby allowing access from both sides thus doubling sales capacity.