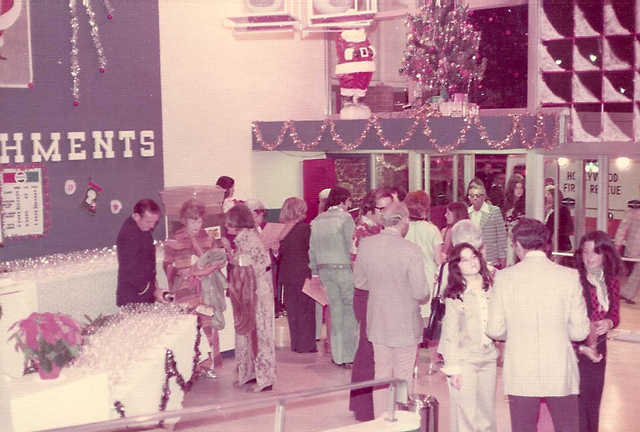 The inside lobby of the Hollywood Cinema during a benefit premier of the ‘Towering Inferno’, December, 1974. Proceeds to benefit the Starting Place, a local drug rehabilitation center in Hollywood, Florida. The General Cinema Corporation leased the theater at the time. Photograph taken by Charla Schif.