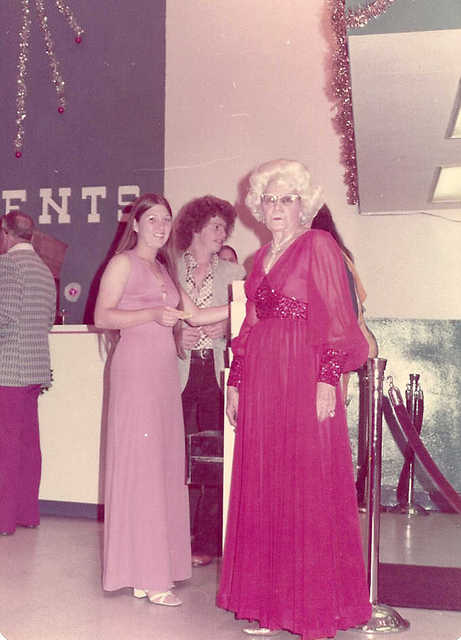 Inside lobby of the Hollywood Cinema during a benefit premier of the movie ‘The Towering Inferno’. City of Hollywood fireman participated in the reception for the guests. The General Cinema Corporation leased the theater at the time. Photograph taken and submitted by Charla Schif.