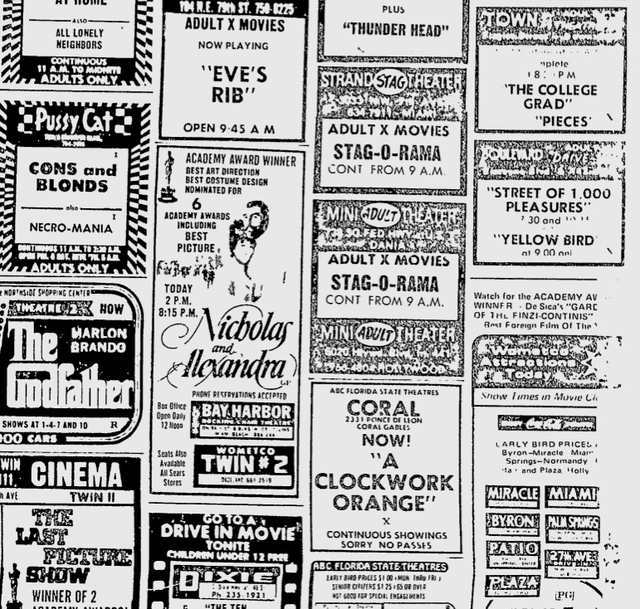 From the Miami News, April 17th, 1972. “A Clockwork Orange” finally opened at the Coral on April 14th, after having been scheduled to open at the same theater two months earlier on February 18th. According to a January 1972 article in the Miami News, the film had been pulled from its proposed Miami premiere engagement by director Stanley Kubrick himself - in response to rising fears abroad that showing the movie might actually incite violent behavior.