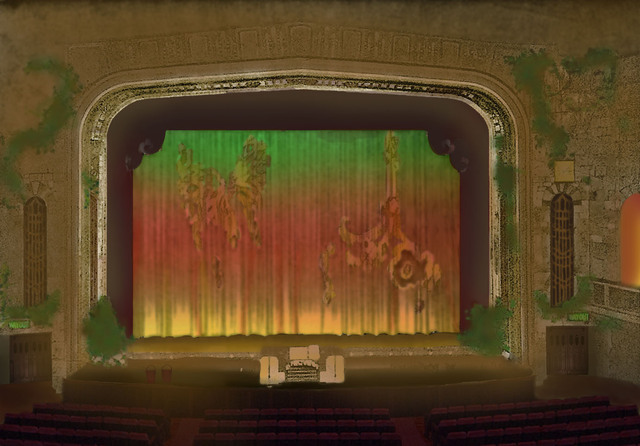 This shows the proscenium arch as it was when opened as the “Ritz”. The decorative valance and ornamental curtains were removed when “CinemaScope” was installed and plain beige curtains substituted. Originally the colors changed to suit the mood of the interval music. In later years it was lit as shown in the picture. There were compartment battens at the top of the “tabs”, footlights at the bottom and red spotlights embedded in the front of the circle. The Manager called this his “display”. It was the most exotic interior in town and I mourned its loss. It was a very popular. ttheatretheatonon a goo