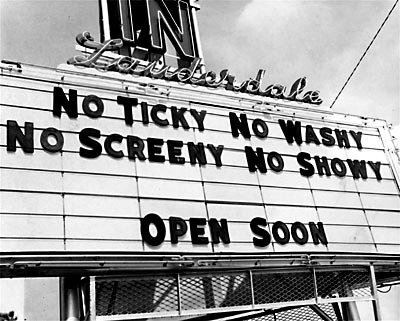 This was put up after that screen was badly damaged after Hurricane Cleo. The “No Ticky. No Washy” was actually up there since the there was a rash of people trying to sneak in…then after the hurricane Phil had the “No Screeny, No Showy” put up. I guess the story is that both sayings did not go up at the same time.