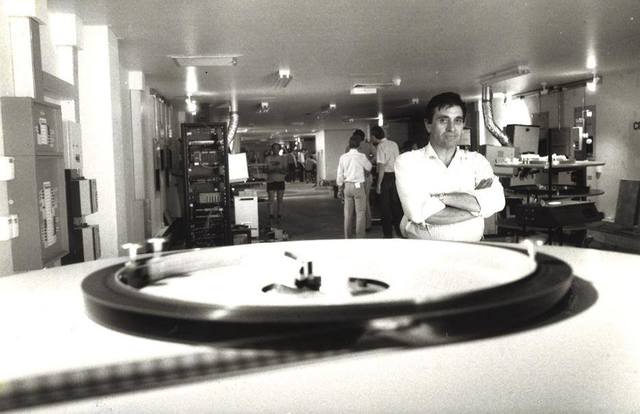 Knox Leader newspaper – Who remembers when the multiplex cinema came to Knox?! And the old projection plant? This is the late David Aalders in the projection room, way back in 1988.

David commenced his career as an assistant projectionist at the old Sunshine Theatre which was operated by George and Roc Kirby. David’s role grew with the company as the number of Village drive-in and hardtop theatres expanded through the 1950s and 1960s.

David rose to be General Manager of Exhibition and was an integral part of the Village expansion into CBD complexes, twin drive-ins, twin hardtop theatres and, later, multiplexes.

After leaving Village his experience was utilized at Camatic Seating where he again saw a company grow and expand around him.

David was a leader who commanded respect from all areas within the companies he worked for as well as the wider cinema industry. He guided and inspired staff with his great knowledge and experience. David was a wonderful contributor to both the Cinema Pioneers and The Cinema Industry Benevolent Fund.

David will be sadly missed by all of his industry colleagues. Our sincere condolences go out to wife Rosemary and daughters Danielle and Nicole.