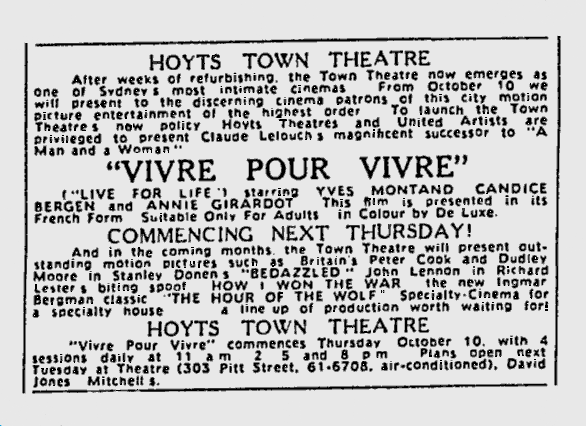 Three years after a short closure and renaming in 1965, the Town closed again on 18th September 1968 for ‘extensive’ refurbishment by architect Roy Grounds. It re-opened on 10th October with ’a new policy of screening only specialty films’. Although 668 seats was small by Hoyts standards of the time, describing it as an ‘intimate house’ was stretching it a bit. “Live For Life” was the first in a batch of subtitled foreign United Artists films from Lelouch, Truffaut, de Broca, Bergman, et al - which mostly ran a bare fortnight each.