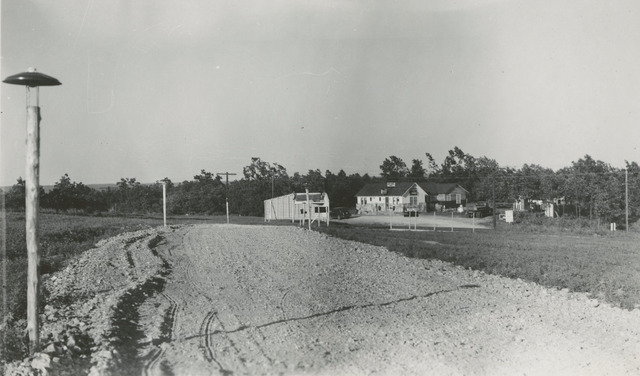 This photo is in the US National Archives. Original caption: DRIVE-IN THEATER STUDY, 1949, by American Association of State Highway Officials. Drive-in theater on Route 54, Missouri, looking along access drive toward entrance.

That doesn’t say for sure that it’s the Corral in Eldon, but in 1948-49, I don’t think there were any other active drive-ins on US 54 in Missouri. The wooden poles that support the entrance lamps suggest the Corral’s rustic theme.