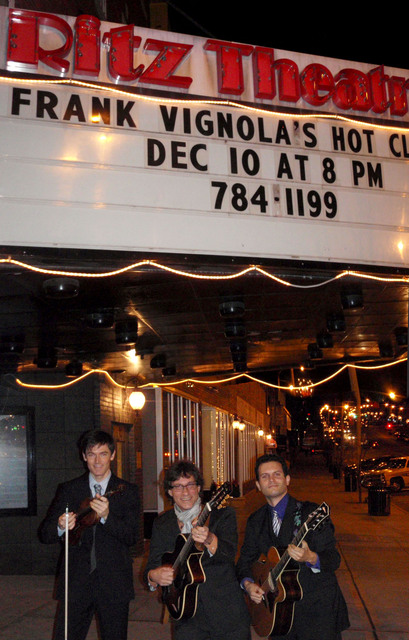 Saturday, December 10 at 8 PM, Frank Vignola’s Hot Club, back by popular demand! In celebration of Django Reinhardt, guitar virtuoso Frank Vignola, a leading proponent of Reinhardt’s gypsy jazz style of playing, has assembled a topnotch trio for a searing tribute to one of his earliest musical influences. Frank is one of the most accomplished, multi-dimensional players walking the planet today. Monster player, composer and improviser, Frank plays proficiently in every genre, from jazz to bluegrass, and has recorded and toured with the liked of Madonna, Leon Redbone, and Ringo Starr. After last year’s 3 encores to his one standing room only performance, our audience demanded we bring Frank Vignola’s Hot Club back to the Ritz!