Mary Gauthier and Tania Elizabeth perform at The Ritz on November 11, 2011 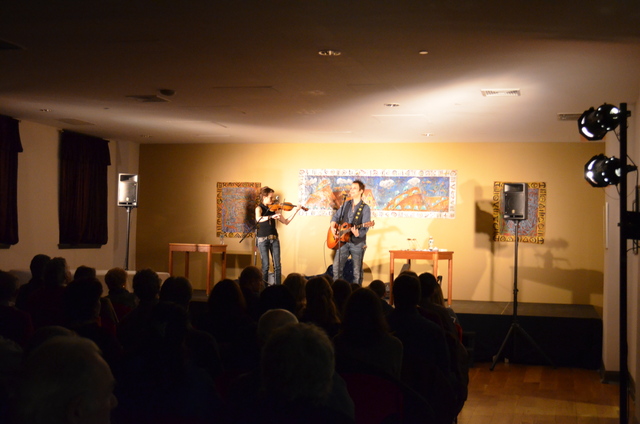 The Ritz Theater and La Bella Strings, in association with the Bardavon, are pleased to announce the next concert of the 2011-12 Tom Humphrey Guitar Series. On Friday, November 11 at 8 PM, Mary Gauthier will perform with Tania Elizabeth. Mary Gauthier (pronounced: go-shay) has released six groundbreaking albums of original songs, in more than a dozen years of recording and touring around the world, has received a harvest of music industry awards, and her songs have been covered by numerous artists including Jimmy Buffett and Tim McGraw. In late 2009, fiddler Tania Elizabeth began to work with songwriter Mary Gauthier on her new concept record, entitled The Foundling. They are now touring the album as a duo all over the world.

The Tom Humphrey Guitar Series serves to honor the memory of the legendary Hudson Valley-based luthier who passed away in 2008. The idea for the concerts came from Tom Humphrey just two months before his death. In a series of meetings with Chris Silva of the Bardavon, Richard Cocco, Jr. of La Bella Strings and Tricia Haggerty Wenz of the Ritz Theater and Safe Harbors of the Hudson, Humphrey laid the ground work for a guitar series at the Ritz which in its first three seasons has presented performances by Odair Assad, Pete Seeger, Cindy Cashdollar, Larry Coryell, and many others.