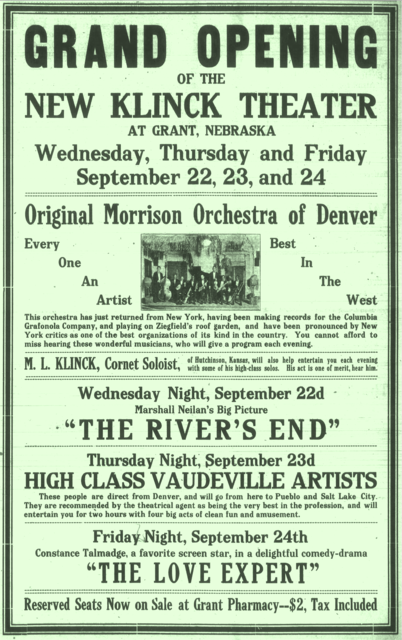 Opened on September 22, 1920, the $100,000 theatre launched with “The River’s End” supported by music by the Morrison Orchestra of Denver. M.L. Klinck also provided a coronet solo. The theatre’s name was revealed at the showing as the Eldon Theatre in memory of owner Elgin C. Klink’s son.