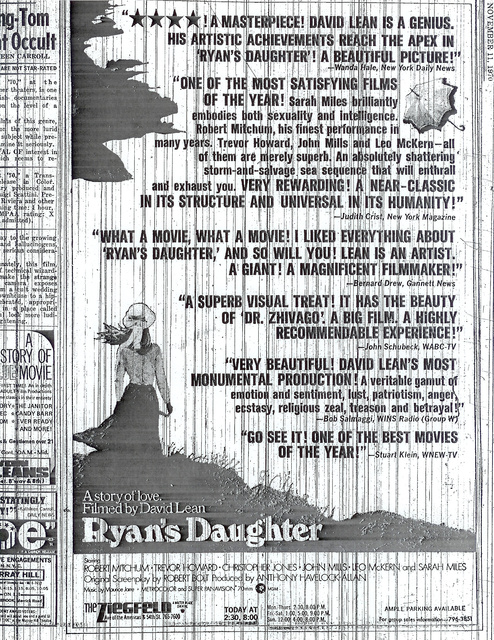 This movie opened in the first year of the Ziegfeld’s existence, and it’s still got the longest running engagement there (33 weeks).

corny and hokey as it might be the film has always been a favorite of mine. i wondered how long it ran at the Ziegfeld so its nice to know it still holds the long run title. i’m guessing the main reason for the long run was that the film was released when studios still did exclusive engagements at one theater for “big” films. so if you wanted to see “Ryan’s Daughter” you had to go to the Ziegfeld. this was some years before studios started opening their “big” films in 2,000 to 3,000 theaters across the country on the same day.

Saw this in 70mm at the Charles theatre in Boston. Enjoyed it very much. Some parts were slow & boring. Beautiful in 70mm.