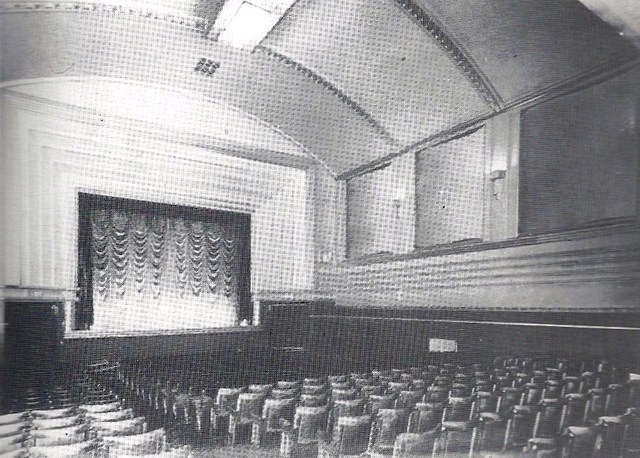 This is the Refurb done by Moderisation Ltd., in the 1950’s

The proscenium arch itself appears no wider than before, the visible tabs seem exactly the same. It’s hard to see how the installation of a CinemaScope screen frame had been accommodated and what was achieved by rebuilding the pros'. Some conversions involved putting in the more sophisticated screen frame with variable masking which resulted in a correct ratio CinemaScope image but one which actually occupied a smaller area of screen. I wonder if this was one such.

The Cinemascope picture was achieved by dropping the top masking