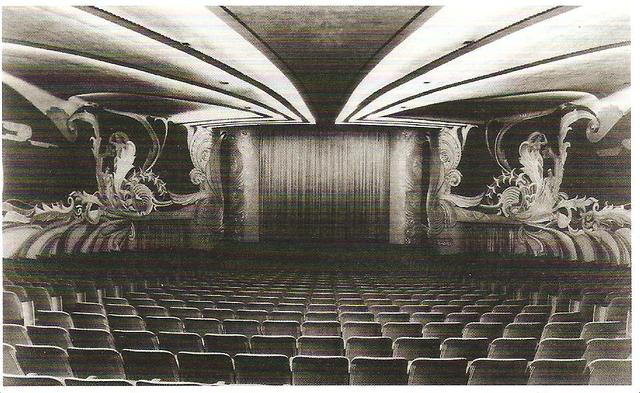 In its beginnings, this new “Meeting Center for all the elegant ladies” (according to its slogan), had black light, artificial climate, (a true luxury then) ventilation system, as well as a good number of security entrances and exits, with the capacity to receive 1,325 spectators. Since its inauguration, the Lido cinema was, together with the Lindavista, one of the main apples of the discord between national and foreign film production companies and distributors, which dedicated entire pages to them in the most important newspapers of the country in which, incidentally , announced the exclusive premieres that they were fighting to allocate for each of these rooms. The Lido began its activities with the screening of the film Hunting for a boyfriend (His cardborad lover), by Georges Cukor and starring Norma Shearer and Robert Taylor. Until infinity … and beyond …! As can be seen in this image taken from the interior of the enclosure in the 40s, the only limit for the architect S. Charles Lee was imagination (and ah pa'pinche imagination that this bastard was loaded!) Check out the garigoledas details that They “adorned” the walls of the cinema.