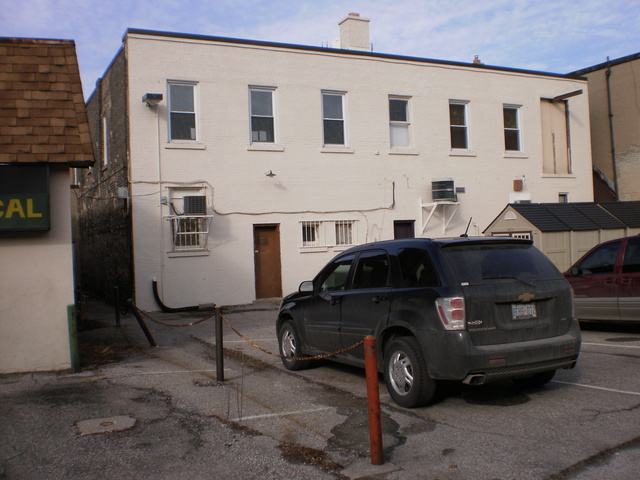 The rear facade of the former Imperial Theatre in Sarnia. After the tornade destroyed the stage, the theater was converted to retail and office space. The stage area was never rebuilt. A new back facade was built and the former stage area became parking.