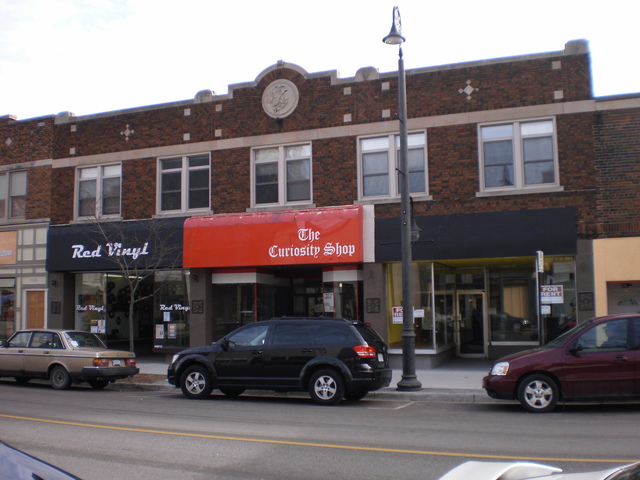 Built in 1919, the original Imperial Theatre in Sarnia operated until 1953, when a tornado devastated downtown Sarnia and leveled the theatre’s stage. While the rest of the theatre only suffered minor damage, the damage was too severe to allow the building to remain as a theatre so the building was converted to office and retail space. The ‘Imperial’ theatre name returned to downtown Sarnia when the Capitol Theatre was renamed the Imperial Oil Centre for the Performing Arts.

Looking at the back facade, it looks as if the damage to the theatre itself was so severe that the theatre portion of the building was torn down, except for the lower parts of the outer side walls, as the two story front portion was extended outwards.

A 1920 ad for United Theatres said that they operated the Princess, Crescent, and Imperial Theatres at Sarnia. As the Princess and Crescent were listed in a 1917 city directory, the Imperial must have been this project noted in the June 21, 1919, issue of The Moving Picture World:

“A combination theatre, to cost $75,000, is being erected at Sarnia, Ontario, opposite Port Huron, Mich., by the United Theatr s, Limited, a syndicate of local men. The house will seat 1,200 people and will be fire-proof. The plans for the structure were prepared by A. H. McPhail, of Windsor, Ontario. John F. Myers is the general manager of United Theatres, Limited.”Windsor, Ontario, architect Albert H. McPhail also designed the Vanity Theatre in that city.