Interior of the Parkway (downstairs stage) 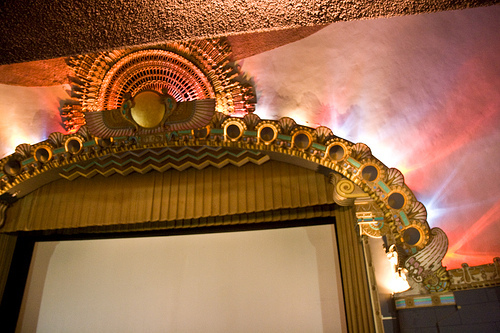 Designed by Mark T. Jorgensen in the 1920s in an Egyptian style, the theatre spent the last 12 years as the Parkway Speakeasy Theater. Unfortunately, the theater closed as of Sunday, March 22, 2009. Another landmark goes dark.