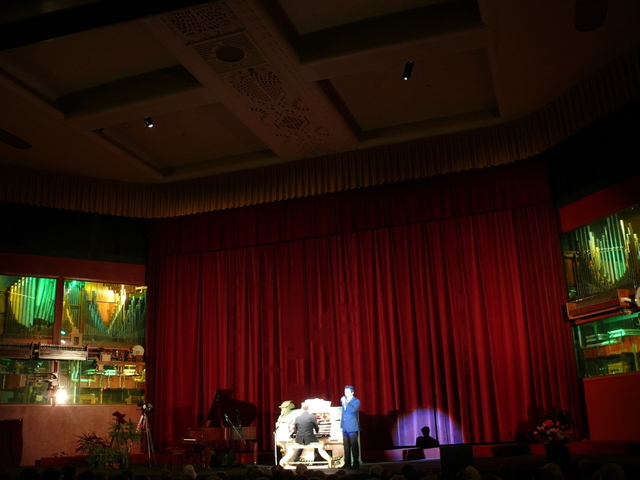 A concert in progress. The 4 manual 29 rank Wurlitzer hybrid organ was for many years the largest outside the United States, and is the World’s only one in a theatre which can be revealed to the audience by pulling back curtains covering the glass fronted chambers. It currently has a fully independent second two manual console. Apart from the alterations necessary to accommodate a CinemaScope screen and later the organ chambers, the whole building is in as near original condition as possible.