A closer view of the screen 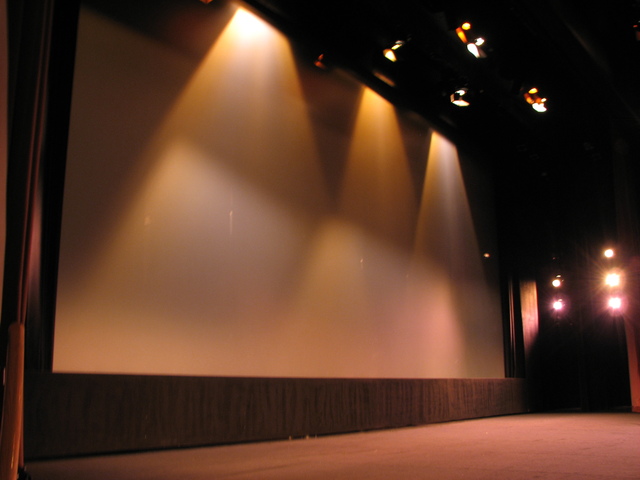 The main theatre in the Canadian Museum of Civilization in Gatineau, QC; there is also a separate IMAX theatre. This is one of the last theatres in Canada capable of projecting 5-perf 70mm prints. In fact, this photo was taken during the “1st Annual” 70mm film festival held there in September 2010 by the Lost Dominion Film Collective.

This is a silver screen, as the theatre was originally designed to project specially produced 5-perf 70mm 3D documentary films, which are no longer shown. There are five channels of sound behind the screen, as was standard for 70mm prints until the 1990s.