One of the projectors 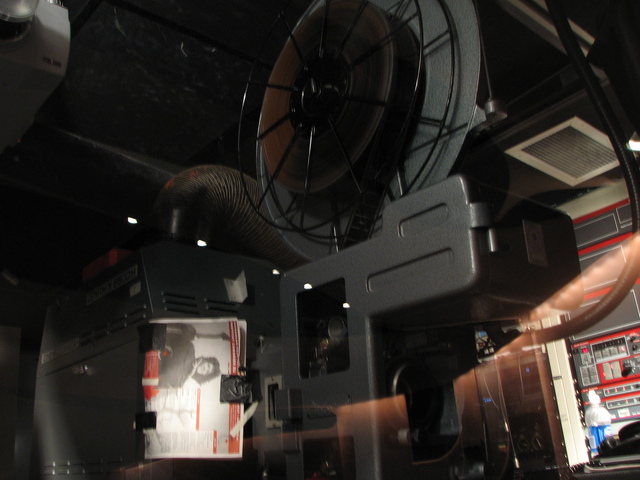 The main theatre in the Canadian Museum of Civilization in Gatineau, QC; there is also a separate IMAX theatre. This is one of the last theatres in Canada capable of projecting 5-perf 70mm prints. In fact, this photo was taken during the “1st Annual” 70mm film festival held there in September 2010 by the Lost Dominion Film Collective.

This is one of the two Cinemeccanica Victoria 8 projectors, which were originally interlocked to show 70mm 3D documentaries, but are now used to run changeover. In this photo, a 70mm print of “Spartacus” is being shown. There was a minor snafu with the projector after a reel change, and the film had to be temporarily stopped partway through, which gave me the opportunity to snap this photo.