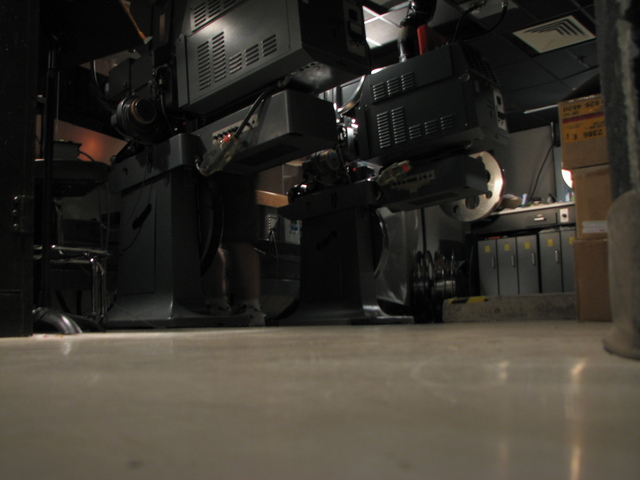 The projection booth of the main theatre in the Canadian Museum of Civilization in Gatineau, QC; there is also a separate IMAX theatre. This is one of the last theatres in Canada capable of projecting 5-perf 70mm prints. In fact, this photo was taken during the “1st Annual” 70mm film festival held there in September 2010 by the Lost Dominion Film Collective.

These are Cinemeccanica Victoria 8 projectors running changeover. Unfortunately, this was the only half-decent shot I got of the booth - the rest were too blurry to use.