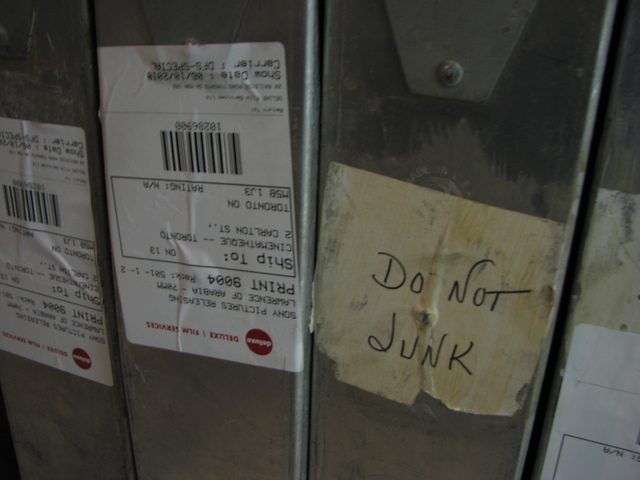 The cans containing a 70mm print of Lawrence of Arabia. Do not junk indeed!

This was taken in the projection booth of the main theatre in the Canadian Museum of Civilization in Gatineau, QC; there is also a separate IMAX theatre. This is one of the last theatres in Canada capable of projecting 5-perf 70mm prints. In fact, this photo was taken during the “1st Annual” 70mm film festival held there in September 2010 by the Lost Dominion Film Collective. A magnificent space. Photo taken by me, Andrew C.