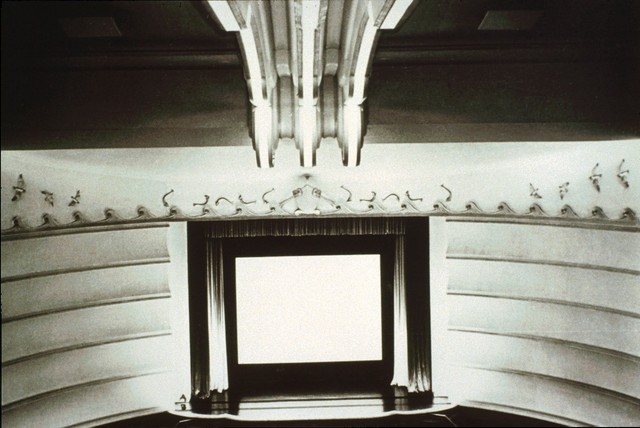 The proscenium was decorated with a nautical theme, suggesting waves, seabirds and gambolling sea creatures (some say dolphins), with a centrepiece representing a galleon as befitted the Ozone’s situation in Adelaide’s premier beach suburb. Sweeping lines and a strongly ribbed undulating lighting feature concentrated the audience’s eye on the screen. Under Wallis Theatres control the balcony was extended to the stage to form Cinema 1, and the Back Stalls area beneath was divided to form at first one and then two smaller cinemas. For some time Cinema 3 was served by periscopic projection until a combined conventional projection room was devised to serve both.